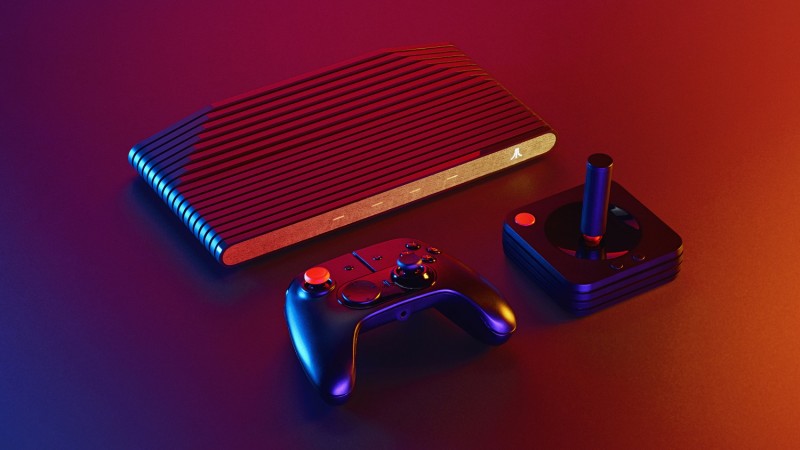 The Atari VCS, the console/PC hybrid from the legendary game company, is finally releasing this fall. Atari VCS backer units for those who supported the system’s Indiegogo campaign will ship by October, while all subsequent pre-orders and retail units will arrive holiday 2020.

The Atari VCS is available now for pre-order. The system is available in three color schemes: Black Walnut (pictured above, available on Atari’s official website), Onyx (GameStop exclusive), and Carbon Gold (Walmart exclusive). The All-In Bundle, which includes the Atari VCS system, the Wiresless Classic Joystick, and Modern Controller, is available for $400. If you’d rather not get the full bundle, the base VCS 800 system will set you back $300, with the Modern and Classic Joysticks costing $60 each. Atari VCS is both WiFi and Bluetooth-enabled and is compatible with most PC peripherals.

The Atari VCS features the Atari Vault, which includes access to more than 100 home and arcade classics. Users can use Atari World, a Linux-based operating system, or install their own OS using Atari PC Sandbox Mode.

Atari VCS is set to launch this fall.