Hot on the heels of yesterday’s announcement that those playing Marvel’s Avengers on PlayStation platforms will be the only ones able to add Spider-Man to their roster, Crystal Dynamics has revealed even more exclusive advantages coming to the PlayStation version when it launches in a month.

Today, Crystal Dynamics took to the PlayStation Blog to announce Community Challenges, a new feature coming to all versions of the game. This newly announced feature gives the global Avengers player base gameplay goals to achieve to unlock rewards. While the studio isn’t quite ready to detail what the challenges or rewards will be, the post says there won’t be a difficult barrier of entry to pitch in, and a new Community Challenge with different goals will take place each month. 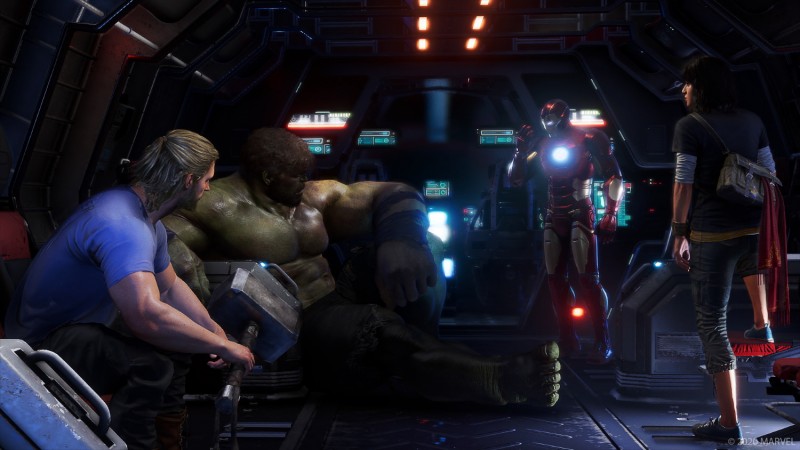 Unfortunately for those hoping to play on Xbox, PC, or Stadia, Crystal Dynamics also announced even more ways that the PlayStation versions will be the definitive versions to play. In addition to getting the beloved webslinger and early access to the beta starting this week, certain Community Challenges will be PlayStation exclusive and each hero in the game will have Legendary and Epic outfits, emotes, and takedowns (a flashy, cosmetic ability heroes can perform under certain circumstances) that are PlayStation exclusive for 30 days. Those limited exclusives apply to the six launch heroes, as well as the post-launch additions on the horizon.

On top of that, PlayStation Plus subscribers receive a free bundle for Ms. Marvel, as well as a special bundle for each post-launch hero. The post-launch bundles include a Rare outfit, a nameplate, and 100 credits, and will begin with the release of the recently announced Hawkeye.

Marvel’s Avengers is set to launch on September 4 on PlayStation 4, Xbox One, Stadia, and PC. A next-gen version will release on PlayStation 5 and Xbox Series X at a later date, with a free upgrade and all progress carrying forward.