Big news today on the Bethesda front with the Microsoft acquisition now revealed, but it looks like that wasn’t the only thing the studio had to share with fans this fine Monday. Todd Howard got a little mushy when talking about the move to Microsoft while also teasing a completely overhauled new engine.

A new engine has been teased for years now and many fans have started to lose hope that it would ever happen. While many of the games under Bethesda’s umbrella are beyond stellar, the overall look of many of them leaves little to be desired. That’s not to say that graphics are the end-all-be-all of an experience, but a more modernized touch couldn’t hurt.

In a recent blog post over on the Bethesda website, Howard talked just a little bit about the cyclic console nature, the growth over this gen, and teased the “largest engine overhaul since Oblivion” for the new generation ahead:

With each new console cycle, we evolved together. From bringing mods to consoles with Fallout 4, now over a billion downloads, to the latest technologies fueling Xbox Series X/S. These new systems are optimized for the vast worlds we love to create, with generational leaps not just in graphics, but CPU and data streaming as well. It’s led to our largest engine overhaul since Oblivion, with all new technologies powering our first new IP in 25 years, Starfield, as well as The Elder Scrolls VI.

Industry insider @Shinobi602 also shared an image of “Skyrim Grandma” Shirley Curry alongside the most recent blog post, with a look at skin shading that honestly is making us drool: 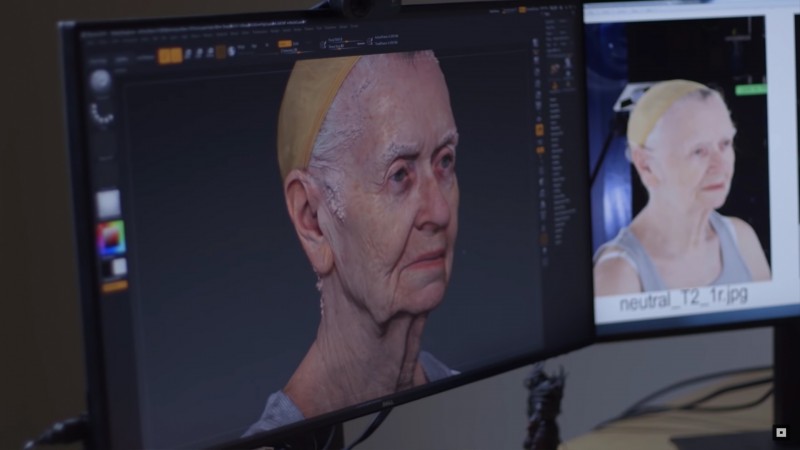 In addition to the excited look ahead from Todd Howard’s perspective, the Bethesda Director also shared a wholesome story about why this acquisition means so much to him on a personal level.

In the blog post, he mentioned one particular award moment in his career that truly stuck out for a special reason. “When I received the Lifetime Achievement Award at GDC, I joked in my acceptance ‘I wonder how many achievement points this one is worth.’ At the end of the ceremony, some good friends from Microsoft congratulated me and said they’d find out.”

He added, “A few months later I was given a code to a game they had created, named after me and locked to my account. When ran, it unlocks a single achievement – Lifetime – 1000pts. It still sits in my list when I check, and I smile every time.”

With all of the news revealed, it’s easy to get lost in speculations and the “would’ve, could’ves” of a move as big as this, but that little added note is a fun reminder that these people aren’t just some nameless suit. They care, they’re passionate, and apparently want to release Skyrim a billion and one times.

That last part was a playful jest, please don’t look too much into it.

To catch up on the news about the Microsoft acquisition of Bethesda, you can learn more with our previous coverage here.