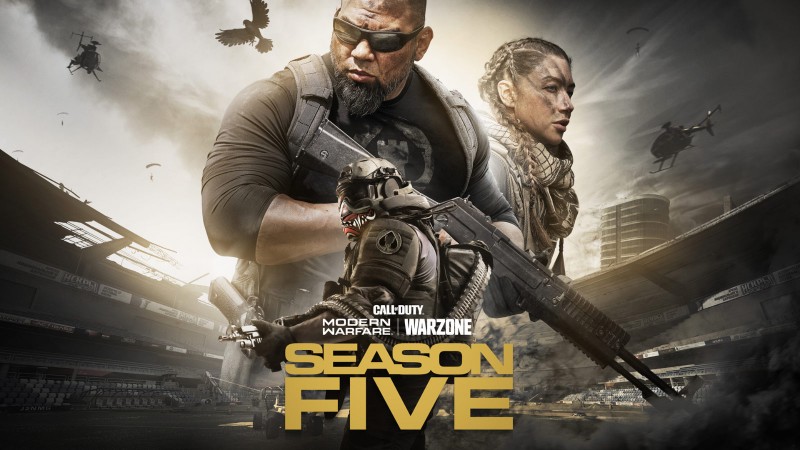 Call of Duty: Modern Warfare Season 5 arrives tomorrow, August 5. While there are a smattering of content offerings coming across the board, some of the biggest chunks of change are slamming into Warzone. The Acropolis National Arena (the big stadium!) in Warzone is poised to become a huge theater of battle, whether you’re blasting it out in the stands or getting wild in the parking structure, it’s a big new battlezone. 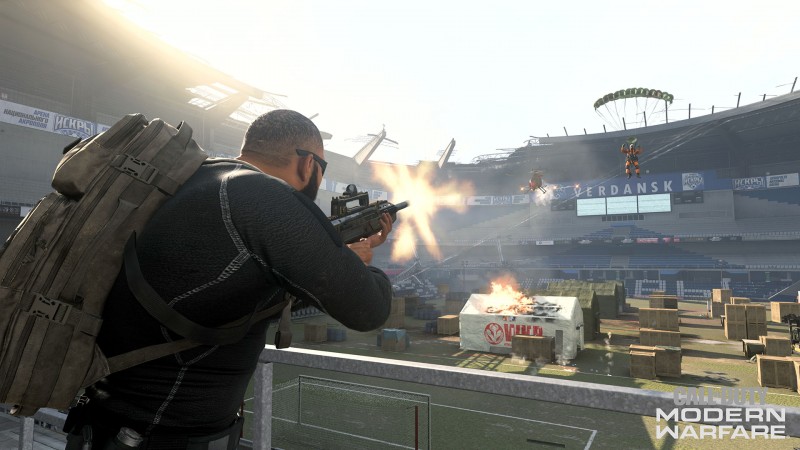 The train station is also getting some interior elements. Oh, and there’s a giant freight train that rolls through the zone now so expect that to be an absolutely insane highlight for battle royale action. For a full list of the extensive changes coming to Warzone, check out the official posting here. 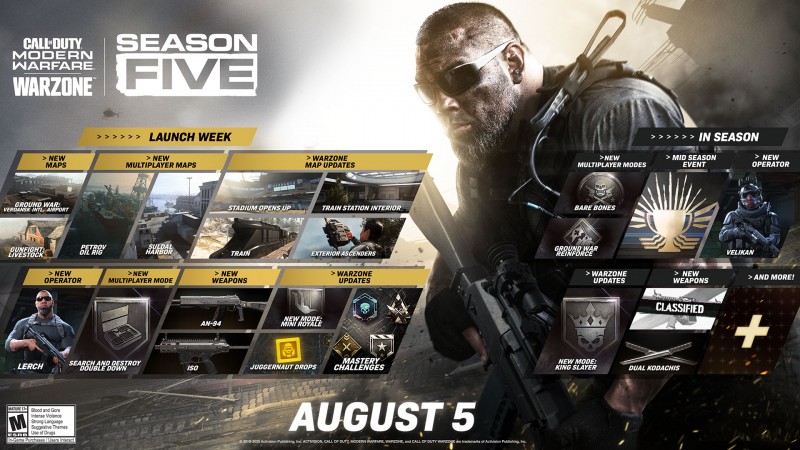 Of course, it wouldn’t be a season without some new mode options. Bare Bones lets you play with no killstreaks, no field upgrades, and no perks – just raw gunplay. This one sounds awesome to me!

Of course, there is a a battle pass to work on, new operators, new weapons, and a lot more as well. Get full details here.