A new Transformers: War for Cybertron series just launched on Netflix, and you will soon have the chance to control the Autobots and Decepticons in a game that is a little different than you would expect. Yes, these forces are still at odds and blowing the living hell out of each other, but the action doesn’t unfold in real-time, and is instead a turn-based strategy experience.

Transformers: Battlegrounds is slated to release on October 23 for Switch, Xbox One, PlayStation 4, and PC. It features the voice cast of the Transformers: Cyberverse cartoon series that has been running for three seasons, and gives you control of most of the notable characters on both sides, including Grimlock, who shows off his firebreath in the trailer above. Developer Outright Games says the players can look forward to “tactical combat and co-op arcade action.”

A deluxe edition is being offered that comes with a variety of skins including Nemesis Prime and Goldfire Bumblebee. This version also includes an exclusive arcade mode called CUBE. The goal of this mode is to battle for control of the energon cube. You can see some of the other skins offered in the deluxe edition below: 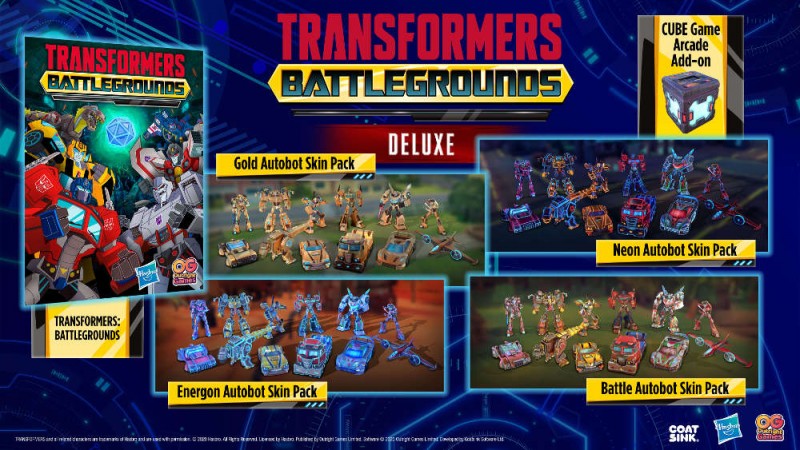