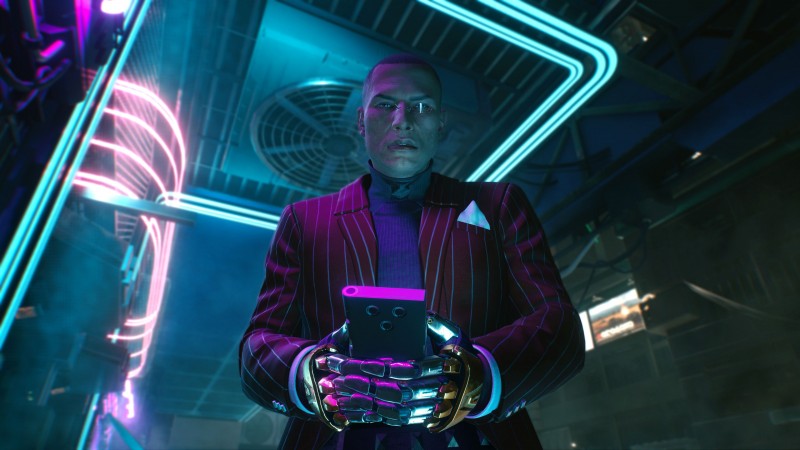 Cyberpunk 2077 takes you to the fast-paced, techno-centric world of Night City. People augment their bodies on a whim, replacing their parts with better machine variations. As a sci-fi tale that immerses itself in the excess and our obsession with technology, especially our digital world, it makes sense that CD Projekt Red would touch on the concept of cyberspace. We saw this teased a bit in the demo from E3 2019, but we wanted to learn more about how this idea is implemented and how it’s all connected to the strange biochip implanted into V’s head.

Cyberspace holds many mysteries. Not only will you be investigating this biochip and what it means for V, but a blackwall also exists within cyberspace. Few have gone to the other side of this wall and returned, but V is told they’ll be one of the first.

Apparently, an event where viruses and malware were released into the web made it unusable and caused a global crisis that forced corporations to cut off cyberspace to the general public. “It is this dark place with many artifacts and secrets and only the most experienced net runners go in there,” quest director Mateusz Tomaszkiewicz told us back at E3. “Most users don’t go in there, but as you have seen you [are special].”

Just remember, nothing you do in the net goes unnoticed. Whether it’s corporations or gangs, someone is always tracking you. Netwatch and the Voodoo Boys are the two big powers at odds, and you’ll have to side with one. Netwatch provides high-caliber security for corporations and wants to prevent A.I. anarchy, while the Voodoo Boy are a group of highly skilled netrunners who want to establish contact with the free A.I. beyond the blackwall. The Voodoo Boys believe this will expand their domination over the net, giving them the upper hand against Netwatch. Netwatch believes in maintaining order and doesn’t want to see history repeat itself. Both are dangerous to the world.

During interviews for our cover story, we didn’t waste any time asking about how cyberspace will function in the game. Though the team wants to leave many things mysterious for now, lead quest designer Paweł Sasko provided more clarity. “There are layers,” he explains. “The first layer is the layer that exists in the world in social life. You can see that people have the internet, they have phones, you can check into the computers, and so on, but this is owned mostly by the military. Then you have this next level of netrunners. This specific type of cyberpunk that can go into the network, surf the network, and use it. And that last level is cyberspace – the moment the netrunner is actually inside it.” 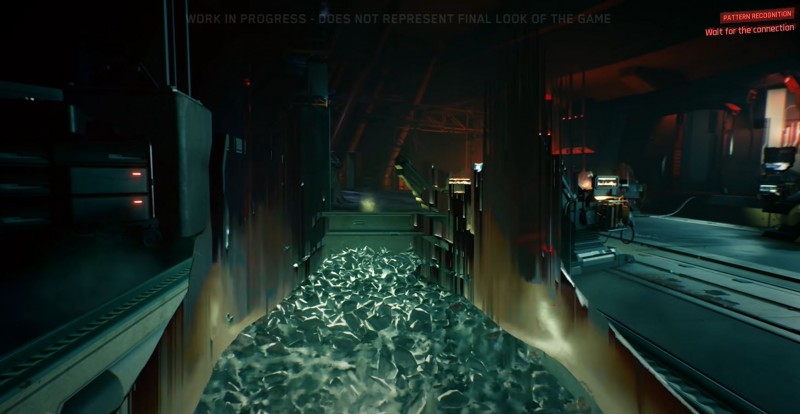 For an example of how the latter works, Sasko points to the deep dive shown at E3 a year ago, where V is getting into a bathtub full of ice. “Their body is like a computer that is overheating, so they need to cool themselves down and not overclock their brain, because otherwise they could be fried,” he says. “V gets into that bathtub, and there’s a person who just adds more ice on top of them and, and then you just get cooled down, and then you get into cyberspace.”

But perhaps Sasko’s most interesting revelation came from how story-driven the moments that V enters cyberspace actually are, and what questions get answered within it.  “For us, cyberspace is a storytelling tool,” he says. “As a player, you will be going into cyberspace multiple times throughout the storyline, and each time something very specific happens. So it’s not that as a player you can freely explore cyberspace. This is more story-focused. You’re meeting specific beings, and uncovering more mysteries regarding how it was made, how it came to be, and how it works. That’s what I can say without just going completely into spoilers.”

We’re glad CD Projekt Red has kept an aura of mystery and intrigue around this aspect of the game, but also that it’s set some expectations on what it will offer us in terms of gameplay and story. You can uncover the secrets to cyberspace and how it impacts V when it launches on November 19.