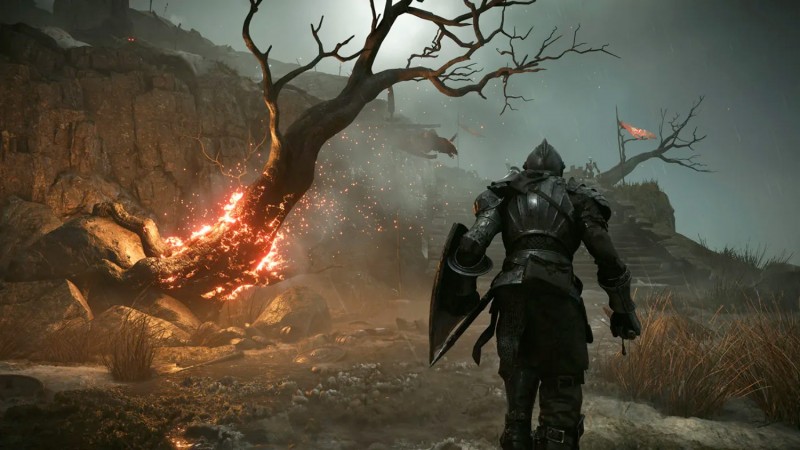 Update 9/16/2020: Kotaku has reported that Demon’s Souls is not coming to PC after contact with a Sony representative. The original video showing the slide that stated the title was coming to PC has been removed from YouTube, though you can still see it in the trailer at the bottom of this article. A Sony representative attributed the mistake to human error. Source on update: [Kotaku]

Today at the PlayStation 5 Showcase players were treated to a first look at Demon’s Souls gameplay. The Bluepoint Games remake had some stunning shots to look at in the past, but we were all wondering how it actually plays. Demon’s Souls is a launch title for PlayStation 5, as confirmed in their official blog post here, though Geoff Keighley did tweet it out prior to that confirmation.

DEMON’S SOULS is a launch title for #PlayStation5 pic.twitter.com/yxCgXrlwoE

The trailer showcases a lot of sizzle bits from all over the place near the end, including a pretty epic shield smash from our friend Tower Knight, but the meat of it leads to a battle with a much more detailed Vanguard boss than its original incarnation.

The environments and denizens look like stunning modern-day takes on their source material, with the trailer action striking me as a bit Dark Souls 3-ish in nature. That’s not a bad thing by any means, and I do hope the final product is as amazing as the trailer makes it out to be.

You can check out the gameplay trailer below.