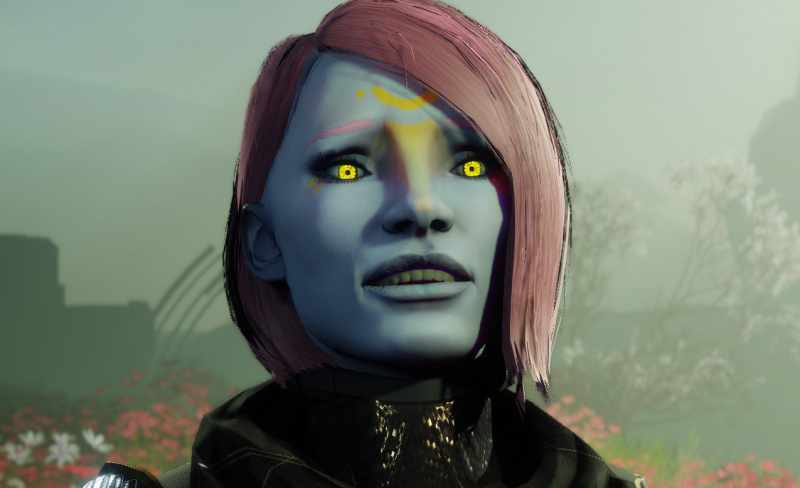 Since the dawn of Destiny, Guardians everywhere have been asking for the ability to change their characters post-creation. That’s still a no-go, sorry for the false hope, but Bungie is making core changes to the character customization for new Guardians.

“We know that how your Guardians look is important to you,” opened engineering designer David Aldridge in a recent Bungie blog post. He continued, “And we’ve long wanted to add more player customization to Destiny.” Unfortunately, those changes have yet to happen and the current creation system is heavily restricted. Luckily, it looks like that is going to be changing in the future, though still no word on post-creation recreation, but existing characters will be seeing small tweaks.

Aldridge explained, “Our original system for player faces had some combinatoric content authoring problems – for example, every decal had to be authored completely custom for each player face permutation. This prevented us from extending this area of the game with more content and features. We’ve upgraded to a significantly more capable system (with e.g. runtime decal projection), which we hope to leverage for more player customization options in the future.”

It’s clearly needed, my homegirl is powerful but she ain’t cute

Luckily, Bungie is reviewing existing player models with the help of its Diversity Committee and Employee Resource Groups to change existing player heads, which is why Guardians may see their already created characters looking a tad bit differently. In the future for new Guardians, however, the studio is building brand new face shapes in an effort to make the game’s character creation more diversified.

The goal here is to allow players to create a Guardian in-game that they can see themselves as. This is a pretty common goal with many games that have character creation and while the graphics for creating characters in Destiny are stunning, the choices are very limited.

Between character customization tweaks and transmog coming soon as well, our Guardians are going to be lookin’ dang pretty. Currently, my Warlock has to have a helmet on at all times because the armor set makes her look like a punk rock drag queen and I love her, but there are stats that other sets have that I would love to equip and transmog instead.

Now we just need Bungie to take a page from Dragon Age’s Black Emporium so we can change our faces, hair, and more for those of us (it me) that made some grave errors in judgement.