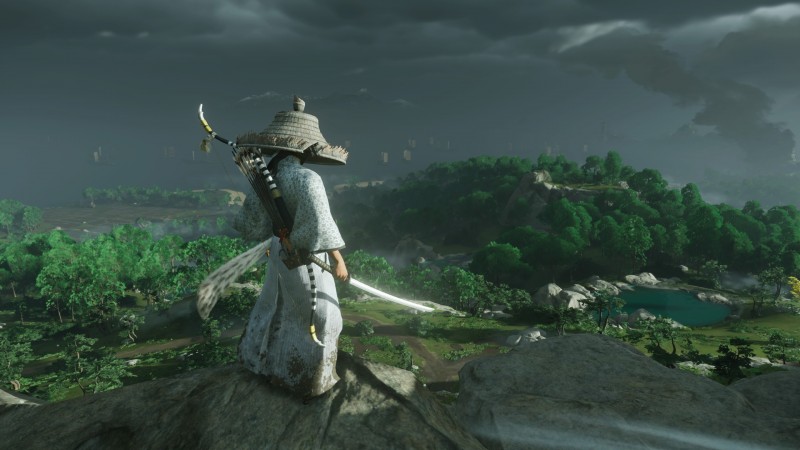 I’ve been spending the bulk of my free time these past few weeks exploring the island of Tsushima, driving out the Mongol hordes, saving villages, and building up my fearsome reputation. If you’re like me, and you gravitate toward open-world games that reward exploration, Ghost of Tsushima should be on the top of your list right now. I’m not alone in my enthusiasm; our own Matt Miller praised the game’s tone, setting, and combat in his recent review. Sucker Punch didn’t hold back on giving players a beautiful setting to explore and reasons to do so. They also added loads of small, seemingly insignificant details that all contribute to a memorable experience. Here are a few of those smaller touches that I’ve appreciated after spending several dozen hours in its world.

Your horse is pretty great

Jin gets his horse early on in the game, and it’s a constant presence throughout. When you save a village or perform other major tasks in the story, it usually ends with a glimpse of you and your animal buddy relaxing. Something I especially appreciate is how you can fluidly call your mount while sprinting and climb into the saddle. It’s not the first game to do this, to be clear, but as someone who tries to keep forward momentum at all costs while traveling, it’s a slick little move.

You can choose to keep your blade clean

After you’re done killing bandits, Mongols, or other assorted neer-do-wells, your sword is bound to get a little dirty. You can choose to wipe some of that gore off your blade immediately after combat by swiping right on the PS4 touchpad. There are several different animations, but they all keep your katana looking as shiny as new.

I particularly like to do this after an enemy is downed, but not killed. In these situations, you can optionally choose to end their suffering. In these cases, I like to think that I’m cleaning my blade as I also clear my conscience.

And you can clean your other stuff, too

Your character will get muddy and bloody as you play, and it can be particularly noticeable if you choose to wear clothing instead of armor. A quick dip in the water will wash away the mess. When it’s raining, I’ve noticed that walking through foliage will also scrub away the grime. It’s kind of like an old-school car wash? Never mind.

You can pet the fox

Sucker Punch showed this off back in May, but it’s still great. After you pay respects to one of the myriad fox shrines located across Tsushima, sometimes the fox will linger around and let you pet it. Then it bounds away in a completely adorable animation. And no, I don’t know if you can shoot an arrow at the fox, how could you even ask such a question?!

You can pay respects to the fallen, too

Swipe down on the touchpad, and Jin will bow. If you do this in front of a slain villager, he’ll say something to the effect of, “This sucks, but don’t worry – the bad guys are going to pay.” OK, he’s usually a lot more eloquent than that. Sometimes, he will say something similarly respectful to enemies if you bow to their corpses, but this seems to be a much rarer occurrence. He’ll even say something when you bow to the bears and wild boars that you kill, but since it isn’t subtitled I have no idea what he’s saying. Presumably, it’s akin to “Thanks for your skin, soon I will be able to carry more smoke bombs.”

For more on Ghost of Tsushima, check out Joe Juba’s spoiler-free tips for starting out.