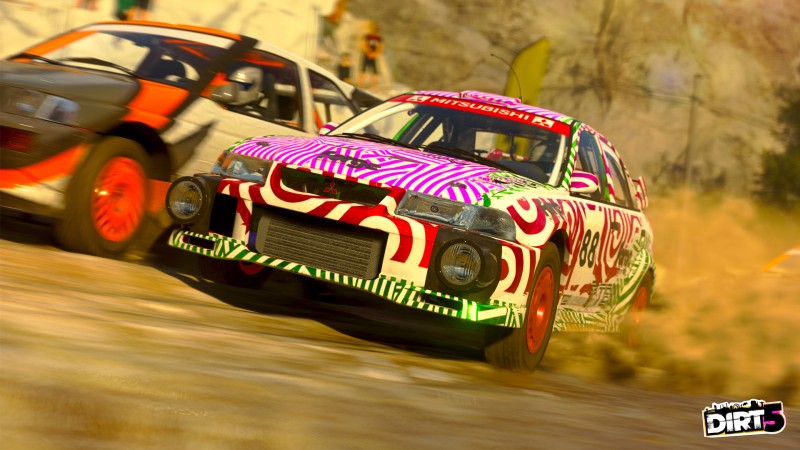 In recent years Codemasters’ Dirt series has added more layers to its career mode, and this year is no exception. Veteran voice actors Troy Baker and Nolan North are integral to your curated-with-choices journey through a career in Dirt 5, but let’s not forget what Codemasters has made its name on – the racing itself.

Of course, Dirt 5 isn’t as strict as company’s F1 franchise, but how you keep control of your vehicle on the track is important. I recently went hands-on with the game, and could immediately feel what the title is going after.

Racing is all about grip, and that’s particularly germane to off-road racing. The early PC demo I played (the title is out in October), immediately conveyed both the fun vibe the title is going after as well as its challenges.

The sense of speed is good, whether that’s on a straightaway or bombing down the hill in the demo’s Rio track. This only makes executing the turns and keeping your grip all the more harrowing. Add in the mud and contact with the other racers, and the game gives you a lot to keep track of without diluting your focus or feeling like you’re getting bogged down.

Dirt 5 features dynamic weather, and the rain, snow, ice, and even electrical storms – as well as the different times of day – add another layer to the laps.

The demo sampled four race types: ultracross, land rush, stampede, and sprint, and it’ll be interesting to see how different each of them feel when the final game comes out (there will be more race types, of course). Stampede has more “extreme” conditions like jumps, while sprint – with high-speed but jittery sprint cars – is more about drifting, so in a game filled with offroad races and tracks, the developers might face the challenge of not making the whole thing feel like just piles and piles of … dirt.

I guess that’s where the curated career is helpful – both in showing you new directions but also letting you race the types of events you like. The layout of the tracks and the cars, of course, may also make a big difference.

Codemasters has elevated the Dirt series in the past years, and its continuing attempts to inject new experiences into a seemingly familiar tale is admirable and part of what has made the franchise successful. Dirt 5 is trying this again, but doesn’t look like it’s forgotten its gameplay foundation.