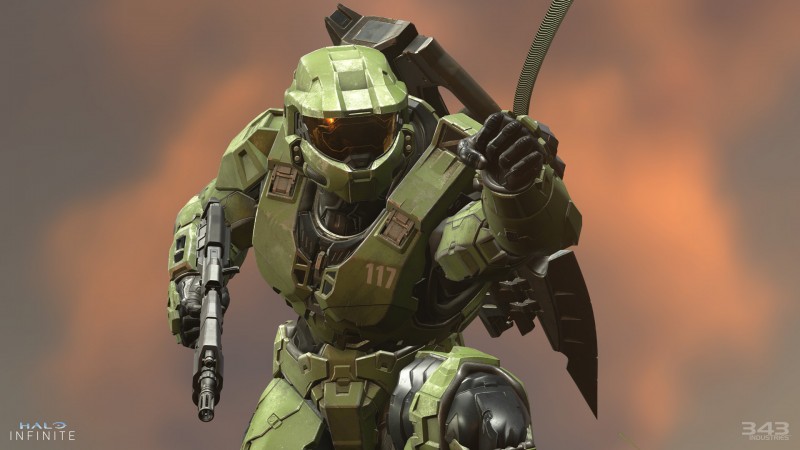 Earlier today, players were treated to the first look at campaign footage for Halo Infinite, the next entry in Xbox’s flagship franchise. Today’s gameplay demo gave us classic Covenant shootouts, the return of the Brutes, and several surprises. The team at 343 Industries took some time to dive a little deeper on the gameplay shown today, as well as further share its vision for this title.

The first scene after Master Chief finishes arguing with a character the studio is currently simply referring to as “the pilot” sees the green-armor-clad Spartan emerge from his ship and onto terrain that feels evokes similar feelings to that of the first time players stepped onto the ring in Halo: Combat Evolved all those years ago. According to studio head Chris Lee, this was no mistake.

“For the open, expansive experience in campaign, we really wanted to create an experience that delivered on that promise that players had the first time they set foot on the Halo ring in Halo: CE,” Lee says. “You’re filled with this sense of mystery and wonder, and you felt like there is this new universe to explore and discover secrets of what the Forerunners held in different kind of aspects. For Infinite, we really wanted to create this ring and fully realize it for players to explore.”

One of the big surprises players witnessed happened just a couple minutes into the gameplay demo, as Master Chief pauses in his Warthog to open a map and set a waypoint. The world is massive, outshining any other environment in the series’ history, so the map is necessary to assist players. 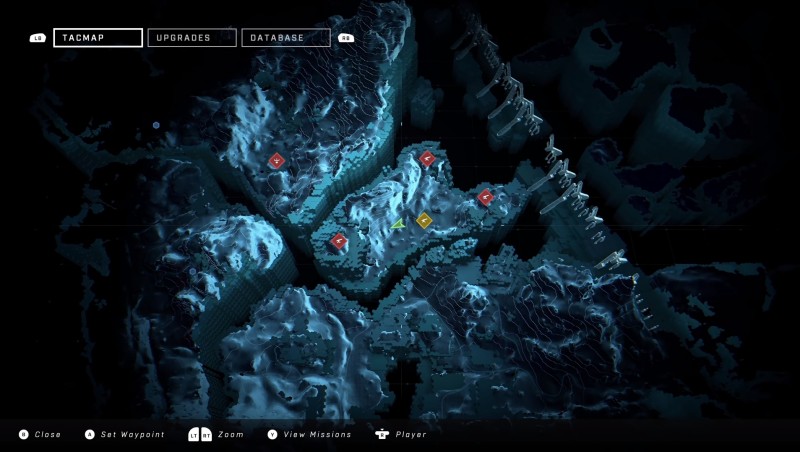 “Infinite will be the most open and expansive campaign,” Lee says. “It’s a huge campaign that’s several times larger than our last two Halo games put together, and it gives players the freedom to explore and experience this rich Master Chief story, but deviate and find a lot of things that are on the ring. Players will be rewarded for that exploration with upgrades and different equipment that can give you more strategies and tactics to use to take the fight to the Banished.”

At the center of Halo Infinite’s upgrades is a new equipment system. We see two examples of the equipment system in action in the gameplay demo: the Drop Shield, which can be deployed for temporary cover to counter grenades and take time to regenerate your shield, and the Grapple Shot, which lets you grab onto the environment to open up new traversal options and routes in the world. You can also use the Grapple Shot to grab objects and hurl them at enemies from afar, or get up close and personal by grappling directly onto an enemy.

“Chief, as he explores the ring, he’s going to find more equipment, and he’s also going to find ways to have upgrades for that equipment; all of it, not about power, but about options for the player,” head of design Jerry Hook says. “We wanted to ensure that the players are able to make the choices that they wanted to both in that moment, as well as throughout the game world to be successful in the way they wanted to be able to play the game.”

However, just because you have new options in combat doesn’t mean you immediately have a leg up on your opponents; the enemy A.I. also has access to the new ways to interact with other characters and the environment. “You as a player are able to make the choices moment to moment for that sandbox, but guess what: The A.I. is going to do it too,” Hook says. “When you see a Brute reaching for a Grunt, he may just chuck it at you, as well as possibly other things within the sandbox you get to play with, the A.I. may play with it as well.”

You’ll have to dig deep into your bag of tricks, as not only is Chief facing off once again with his old adversaries in the Covenant, but the Brutes are back in the mainline series. In particular, Chief will have to deal with a particularly brutal faction of the Brutes called the Banished. This faction was introduced in Halo Wars 2 and is able to threaten Master Chief and humanity more than the Covenant was ever able to.

The Banished are led by War Chief Escharum, who delivers a stirring monologue, throwing down the gauntlet to Chief. Unlike the Covenant who sometimes seem intimidated and downright frightened when Master Chief kicks in their door, the Banished and its leader are excited to go up against the legendary Spartan. “[The monologue at the end of the gameplay demo] is his declaration of how Chief is now his target,” associate creative director Paul Crocker says. “Chief has become something that is a personal challenge, vendetta, goal of Escharum.”

Halo Infinite is an ambitious project, one that is slated to grow over time, with a multi-year plan. According to 343 Industries, the team considers the launch of Halo Infinite as the start of the next decade of the Halo franchise. “Halo Infinite continues Master Chief’s saga from Halo 4 and 5, and it’s the start of the next generation of Halo,” Lee says. “So we look at this as a platform that will grow over time, and we’ll continue bringing new stories into it. It’s important for us that each story’s self-contained and that it’ll tell a complete story. You won’t have to have multiple releases to have a full story.”

While we didn’t learn anything about multiplayer during today’s information drop, the studio promises we’ll hear more in coming months during the lead up to launch. Halo Infinite launches this holiday season on Xbox Series X, Xbox One, and PC. 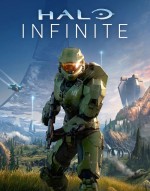