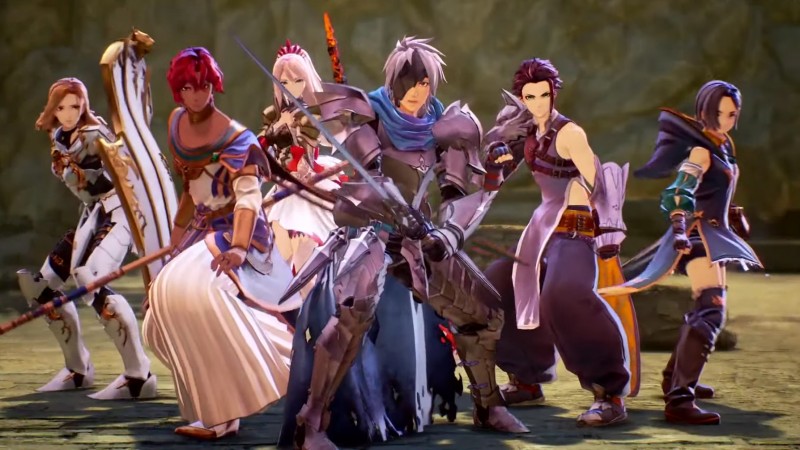 Tales of Arise, is the long-awaited next game in the storied Tales franchise, acting as a reinvention of the beloved JRPG series. After seeing a delay out of 2020, we haven't heard much from Bandai Namco about the new game until recently - when a release date of September 10 was unveiled.

Today, at Summer Game Fest, we were treated to a new trailer that presented the villain, party members, and the breathtaking world. The common Tales themes of harmony and coexistence between people and nature are alive and well here, and it's clear that's at stake in Tales of Arise. The trailer showed six heroes coming together to fight, showing some cooperative attacks in action and a confrontation with a hooded adversary who dons a cape with feathers on his armor. You can see all this in the trailer above, which gives us a look at a male party member who uses a rod to attack enemies, while a female character has a massive shield to throw at them and use for protection.