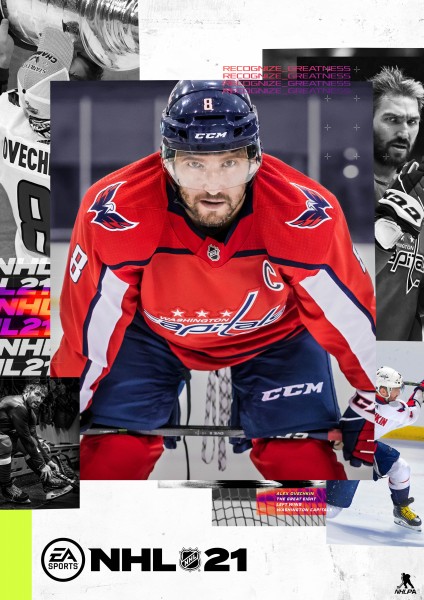 Today, EA showed off the vibrant cover for NHL 21, which features future Hall of Famer Alex Ovechkin of the Washington Capitals as the main attraction.

This isn’t Ovechkin’s first time to grace the cover of the popular hockey game. He was the cover star for NHL 07, but his career has only blossomed further since then. As one of the best goal scorers in the game, he’s more than lived up to his nickname “The Great Eight,” even adding The Stanley Cup to his list of achievements back in 2018.

“It’s a huge honor to be on the cover of NHL 21 for the second time in my career,” said Alex Ovechkin in a press release. “More importantly, I’m glad I’m looking just as good on the cover this year as I did in 2007!”

The news also came with an official release date of October 16 for PlayStation 4 and Xbox One (the game will be forward compatible and hit new-gen consoles at a later date). Members of EA Play will get access to the game a week early on October 9.

For more on NHL 21, you can read our in-depth preview on the biggest changes coming here.