Monster Hunter had an awesome news week with both Monster Hunter: Rise and Monster Hunter Stories 2 being revealed. Nintendo is making that news even sweeter with the reveal of three new Amiibo coming at the beginning of next year, including an adorable little Palico!

Nintendo revealed the three new Amiibo figures that are going to be coming out March 26, 2021. The three latest additions include a Palamute figure, a Magnamalo, and a smiling Palico: 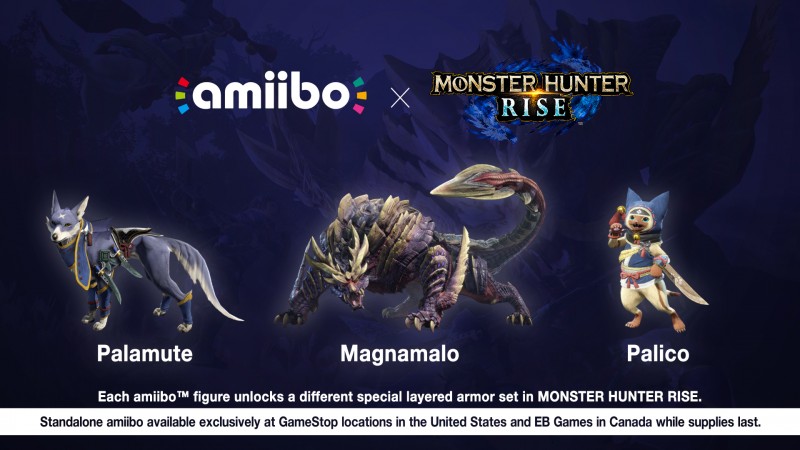 Each figure will unlock a special armor set in Monster Hunter: Rise. No word on if these will also impact Monster Hunter Stories 2 at this time, but even if it’s just for Rise, that Palico one is too cute to pass up!

Amiibo first crashed onto the scene back in 2014 and there was a whirlwind period where they were so hard to get, so exclusive, that it was a madhouse just to try to land that coveted figure. Since that period, however, Nintendo has been much more on top of supply and demand, making collecting these little cuties back on hobby level and not frustrated obsession.

The Monster Hunter Amiibo line debuts March 26, 2021. Are you planning on scooping one up? All three? Sound off in the comment section below!