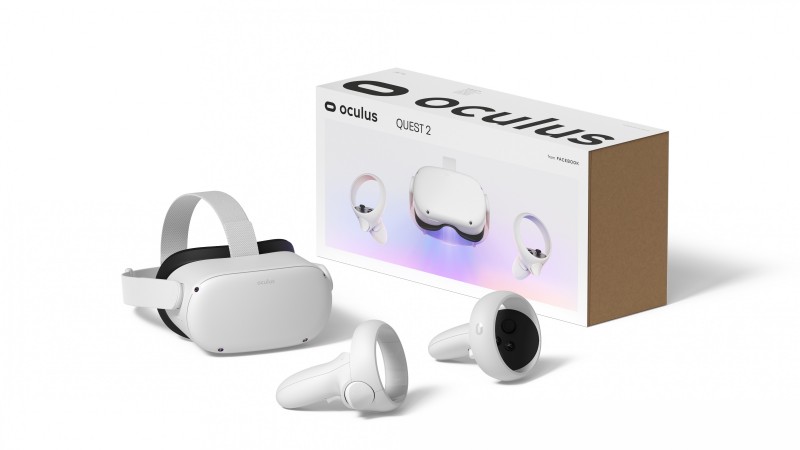 If you still haven’t jumped onto the VR train, Oculus’ newest headset might finally tip you over the edge. The Oculus Quest 2 is set to release on October 13, starting at $299.

The Oculus Quest was Oculus’ first all-in-one headset, meaning you don’t need a PC or any other device to run the unit. It’s a solid piece of hardware and a great way to tap into VR experiences like Beat Saber, Pistol Whip, and Moss. The Quest was also a phenomenal success, so naturally, Oculus is working on a successor.

As expected, the Quest 2 is a bit more powerful than its first iteration and features a Qualcomm Snapdragon XR2. Not only should games run better on the Quest 2 because each display panel is now a fast-switch LCD with a resolution of 1832×1920 per eye. If you’re not keeping track, that’s 50 percent more pixels than the original Quest. And, if you’re worried about comfort, the Quest 2 is actually 10 percent lighter than the previous model, and Oculus says that players can expect a battery life of around 2-3 hours.

The Quest 2’s Touch controllers have also gotten a slight redesign for better ergonomics and now feature a dedicated thumb rest. But you can ditch those controllers for some experiences. Oculus’ experimental hand-tracking feature will soon be coming out of beta, so you’ll be able to navigate system menus and other dedicated applications with just your hands.

As with the original Quest, players can connect the Quest 2 to a PC using an Oculus Link cable to play more intense VR games, which were originally designed for headsets like the Rift. At the same time, the Quest 2 is completely compatible with previous Quest games, so anything you already own in your Oculus account will transfer over to the new system without a problem.

One potential downside is that Oculus Quest 2 owners will need to log into their system with a Facebook account going forward, which has raised some concern for many, giving Facebook’s track record for intrusive data collection and targeted advertising.

However, from a tech standpoint, the Oculus Quest 2 looks like a great step forward for VR, and the fact that it is launching $100 cheaper than the previous model might help the market grow. Stay tuned for our full review.