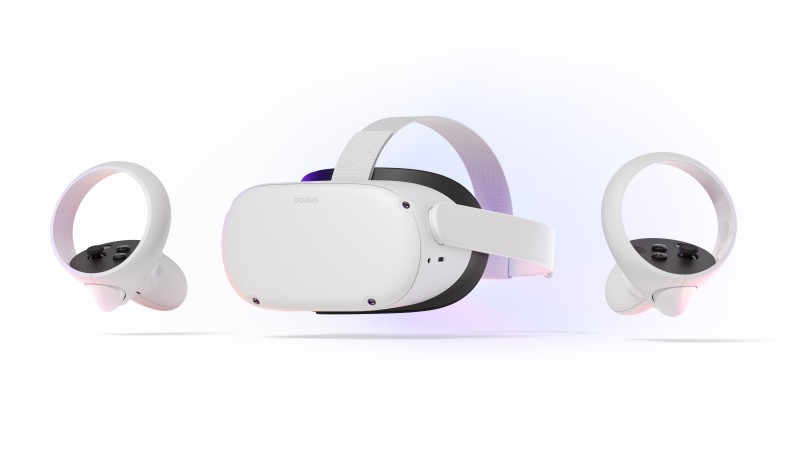 When the original Quest released in the middle of 2019, it seemed like a smart move for VR. Oculus’ portable headset wasn’t as powerful as headsets like the Rift, but it also didn’t need to remain tethered to a PC. The Quest gave you the freedom to play games anywhere you had room to move around, and its lack of cords was surprisingly freeing. Better still, some of VR’s best experiences – Beat Saber, Pistol Whip, Job Simulator – prove that you don’t need a lot of horsepower to have a good time. As a result, sales of the Oculus Quest quickly outpaced all of Oculus’s other offerings.

It’s been nearly 18 months since the release of the first Quest and Oculus is ready to drop a hardware refresh that improves the headset in nearly every way. Sure, putting on the Quest 2 wasn’t as big a revelation as the first time I wore a headset without cords, but Oculus’ newest portable VR headset has me more excited for the future of VR than I’ve been in a long time.

As expected, the Quest 2 is more powerful than its first iteration. Under the hood is a Qualcomm Snapdragon XR2 Platform, which is an incredibly powerful mobile chipset. This won’t run circles around your PC gaming rig, but games like Superhot VR, Ghost Giant, and Phantom: Covert Ops look super smooth on the new headset and run without a hitch. The other reason that games look better on the Quest 2 is its new display panel. This fast-switch LCD offers a resolution of 1832×1920 per eye, which is 50 percent more pixels than the original Quest. These new displays greatly reduce the graininess I usually notice from VR headsets, but I’d still prefer a wider field of view than what is on offer here. Like most modern headsets, the Quest 2 reduces your peripheral vision, so I still occasionally felt like I was peering through a periscope.

The Quest 2 is a bit more comfortable. Not only is the device 10 percent lighter than the previous model, but I had less trouble finding a comfortable fit thanks to the Quest 2’s redesigned face mask. This level of comfort extends to the new Touch controllers, which are slightly more ergonomic and now feature dedicated thumb rests. I often forgot I was even holding a controller while using these Touch controllers.

However, you can ditch the controllers for some experiences, because Oculus’ experimental hand-tracking feature will soon come out of beta. Using simple hand gestures, you can navigate system menus and other dedicated applications, which is an incredibly novel, but the feature is extra sensitive to small hand movements, and I ultimately found it easier to navigate menus using a controller.

I don’t have a lot of negative things to say about the Quest 2, but I’d love to see a more robust battery in future iterations. I squeezed a little over 2 hours of playtime out of the Quest 2 before needing to plug it back in, which is comparable to the original, but I still felt cut short during some game sessions.

From a tech standpoint, the Oculus Quest 2 is a great step forward for VR, and I’d love to see more games take advantage of that new tech. Thankfully, any title that previously released for the original Quest will work seamlessly the Quest 2, so any game you already own will migrate over the new headset without a problem. At the same time, there aren’t any applications that run exclusively on the Quest 2, meaning there aren’t any games that make special use of the Quest 2’s speedier processors. While the Quest 2 is undoubtedly a powerful portable VR headset, you’ll still need to plug it into a PC using an Oculus Link cable to play more demanding titles like Stormlands, Half-Life: Alyx, or Respawn’s upcoming Medal of Honor: Above and Beyond.

If you’re in the market for a VR headset, the Quest 2 would be a smart choice. The device is sleek and it offers some of the cleanest visuals of any headset on the market. Sadly, there aren’t a lot of new games that take advantage of the Quest 2’s more powerful hardware, but this system makes every game already inside the Quest portfolio look better than ever. The virtual reality market continues to grow but hasn’t exploded as fast as some of us had hoped. I wouldn’t be surprised if that started to change with the Quest 2.