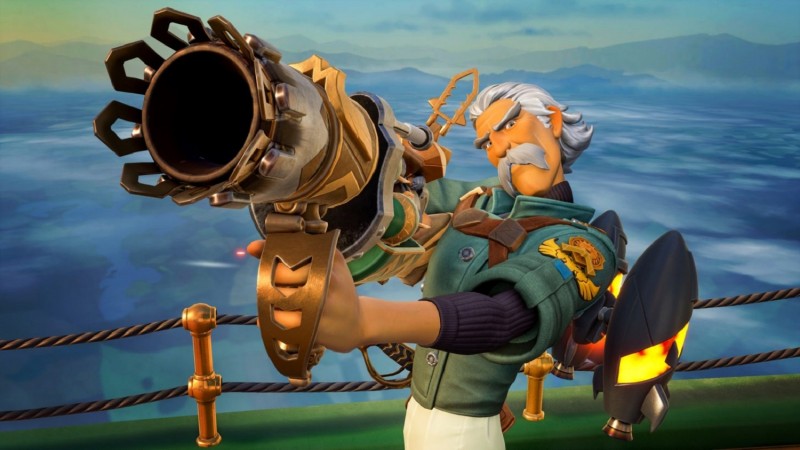 EA’s explosive shooter Rocket Arena arrives tomorrow, July 14, on Xbox One, PlayStation 4, and PC. Rockets, abilities, and items combine to form a volatile environment in a multitude of game modes, with 3v3 action being the standard style of play.

In Knockout, you blow your opponents out of the arena in the form of a rocket-fueled “ring out”. Rocketball is similar to a capture the flag experience with sporty goals that you have to blast the “flag” ball through. Mega Rocket tasks you with zone domination and capture mechanics, and treasure hunt makes the cash-carrier a big target as they rack up the score.

While rockets are the name of the game, each character also has a selection of signature abilities to help win the day. Grappling hooks, snow globes, artillery strikes, bouncing bombs, and even a bola snare are just some of the many skills you can use to help your rocket barrages win the day.

Watch the launch trailer below!