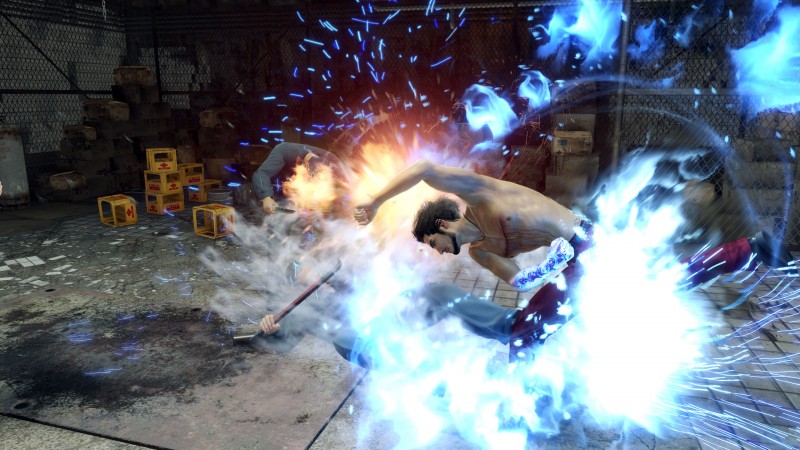 Sega has revealed some tantalizing new details about Yakuza: Like A Dragon, the latest entry in the long-running series. In addition to dropping a new trailer and confirmation that it’s coming to PlayStation 5 consoles in the West (surprise?), the publisher revealed that George Takei is joining Like A Dragon’s English voice cast.

Takei takes on the role of Masumi Arakawa, patriarch of the Tojo clan who sets the events of the plot into motion. Like A Dragon notably introduces a new protagonist, Ichiban Kasuga (voiced by Kaiji Tang), who is joined by several other scrappy heroes on his mission to figure out why Arakawa bent to the will of the rival Omi Alliance of Kansai. That crew includes Koichi Adachi (Andrew Morgado), a former police officer; Yu Nanba (Greg Chun), a former nurse; and Saeko Mukoda (Elizabeth Maxwell), a bar hostess.

In addition to highlighting a new hero, Like A Dragon is a departure from previous games in the series in how it plays. Unlike past entries, which had action sequences that played like brawlers, Like A Dragon leans into the underlying RPG systems and presents players with turn-based battles. We were skeptical about it when it was initially announced, but after getting some hands-on time with it last year, we were on board with the changes.

Sega also outlined three different versions of Yakuza: Like A Dragon, which are available for preorder.

The $59.99 Day Ichi edition is available in either digital or physical formats. It includes the game; a Legends costume set that includes eight different outfits, including some inspired by Kazuma Kiryu and Daigo Dojima; and, for those who opt to go physical, a steelbook case.

For $69.99, you can get the Hero Edition, which includes the contents of the Day Ichi version along with two new playable jobs: the guitar-wielding Devil Rocker and the Matriarch, who is equipped with a naginata polearm weapon. It also includes the Management Mode Set, which has several extra employees for the Management Mode minigame. The edition is available physically or as a download.

Finally, there’s the $89.99 digital-only Legendary Hero Edition, which has everything from the Hero Edition as well as the crafting set, karaoke set, ultimate costume set, and stat-boost set.

Sega has said that the Xbox versions will support smart delivery, meaning customers who purchase the game on either Xbox Series X or Xbox One will have access to both versions, with transferable save-game data. The publisher does have something in the works in regards to the PlayStation 4 to PlayStation 5 transition, but said that it will be going into further detail at a later date, too.