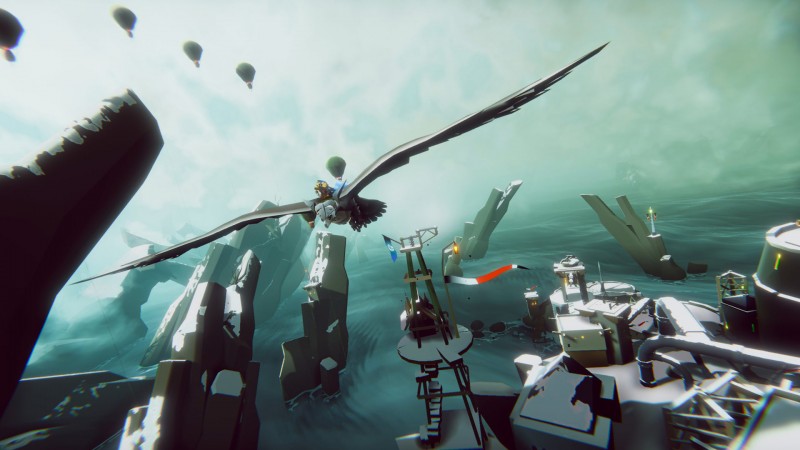 The Falconeer puts a twist on aerial combat, putting you in the role of a pilot of a different sort of aircraft. Rather than sitting inside the cockpit of a plane or spaceship, your character is astride a massive warbird as various factions battle high above the ground.

The game, which is being created by solo developer Tomas Sala and published by Wired Productions, was part of Microsoft’s Xbox Series X preshow. There, we got to see a new trailer for the game, which will be coming to Xbox Series X the day the console launches. A Day One edition for the $39.99 game will be available, which includes a reversible sleeve for the box, stickers, a lenticular card, and vouchers to download a digital strategy guide and soundtrack.

The Falconeer is coming to Xbox Series X, as well as Xbox One and PC. It supports Microsoft’s Smart Delivery, so if you aren’t ready to upgrade to the new console, you’ll be able to play it on your Xbox One and get a free next-gen upgrade when you do make the move.