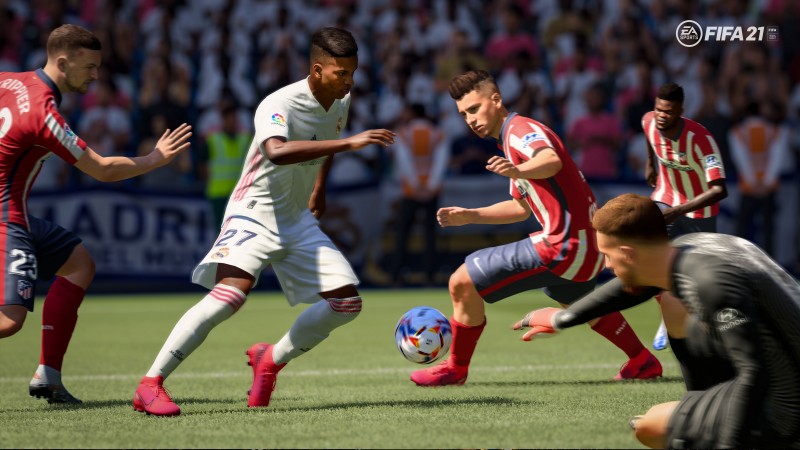 Like any competitive team, FIFA 21 is looking to consistently improve and shore up its weaknesses. Sometimes, that means looking at the core fundamentals and making some adjustments in order for the team to function in better harmony. EA Sports turned to two key places for inspiration on what to tweak for its game plan: the real-life sport and community feedback. This resulted in bettering the creativity, responsiveness, and fluidity of its gameplay for FIFA 21.

After going hands-on with FIFA 21, we experienced additions that put you in more control of the action on the pitch, and they’re all for the better. Don’t expect any drastic changes to the formula, but these are welcome improvements and address some nagging issues. Whether it’s new techniques or improved A.I., FIFA 21 is making sure you’re better able to create the plays you want. Here’s what stood out for us. 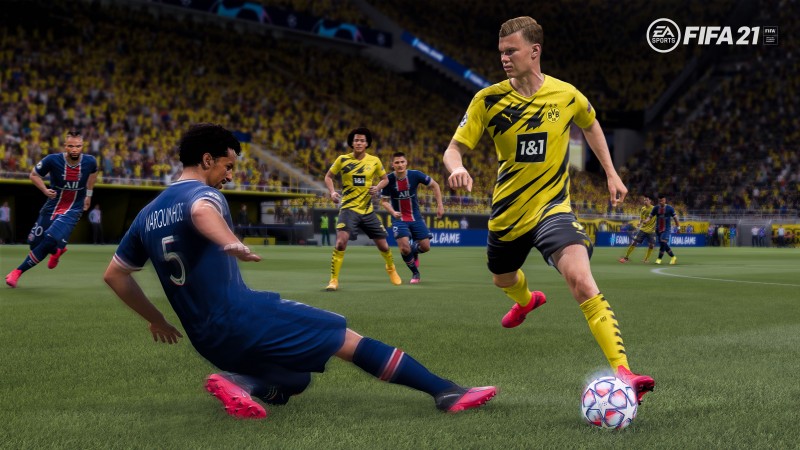 Agile Dribbling Takes The Game To A More Competitive Level

Dribbling is a fundamental part of the game, and this skill can be make-or-break when it comes to achieving victory. We’ve seen players’ fast footwork trick defenders, providing an opening for them to blow past their cover for a satisfying scoring chance. In FIFA 21, the standard dribbling has been improved to be more responsive and quick, but a new, more refined technique called “agile dribbling,” is also being added to your arsenal.

Agile dribbling gives you more advanced ways to outsmart your defender and assert yourself on the pitch. All you need to tap into it is press the right bumper while moving the left stick in the direction you want. This allows you to move the ball side to side and back and forth with ease, and it’s a great tool to have to prevent yourself from getting tackled and blowing past a defender when they overcommit in a certain direction. However, keep in mind, the dribbling attribute of the player you’re controlling will determine how successful you will be with this technique. Players known for their dribbling like Mbappé and Messi will be much faster and effective than most.

Testing this during our hands-on proved this much; the controls are easy enough to activate, but agile dribbling does require some mastery. It’s easy to lose the ball if you’re not careful, but it’s also satisfying to boot when you outsmart a defender with your sweet moves. This is one technique we expect to really see shine in competitive play, especially those who are just gunning for their big stars to embarrass their opponents. 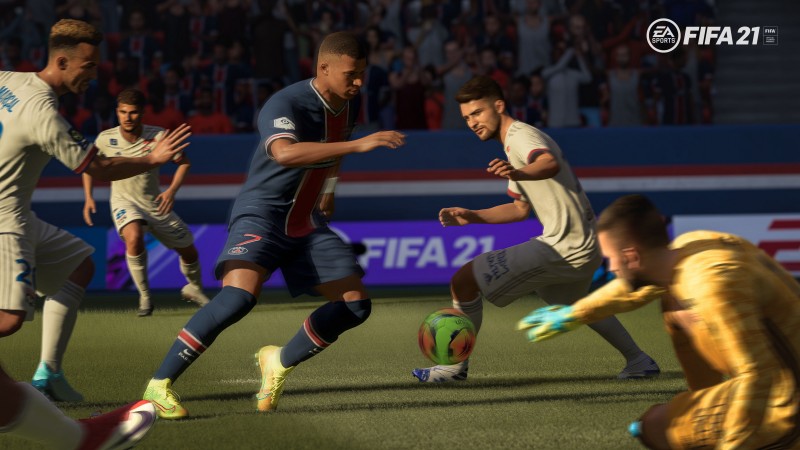 A lot of effort has gone into elevating the A.I. and ensuring it’s making more realistic and intelligent decisions on the field. One of the most promising new features is called “positioning personality,” which strives to make players feel different depending on their position and skill attributes. From striker to fullback, every position plays differently and requires different intelligences, and likewise, every player has their own personal strengths and weaknesses.

For some examples of how this functions in FIFA 21, top forwards are less likely to get caught offside and recognize when they need to create a passing lane. Defenders are overall more likely to cut off passing lanes and the more skilled ones will recognize runs earlier, giving them a better chance to break it up. “This means that players that are good tactically are going to have a bigger impact in FIFA regardless of their pace, dribbling, and shooting attributes, which for years have been the most impactful ones,” says lead gameplay producer Sam Riviera.

EA Sports also worked on its collision system to make the physical action on the pitch much more natural. Now players won’t run directly into other players, trying to avoid unnecessary contact, like jumping over a sliding player. If there is a collision, EA worked to improve the physics so players wouldn’t get stuck together in large groups like in previous entries. This may seem like a minor improvement, but it does create more space and less pileups, making for a smoother experience.

For players looking for a challenge but feel like the CPU has been too predictable and easy in the past, a new competitor mode, which replicates the playstyles of some of the best FIFA professionals in the world, is for you. In this difficulty mode, teams will use all their skill moves, aggressively pass, and find the best ways to score. Expect the A.I. to pull out all stops, and it’s a lot of fun trying to stay one step ahead of them. 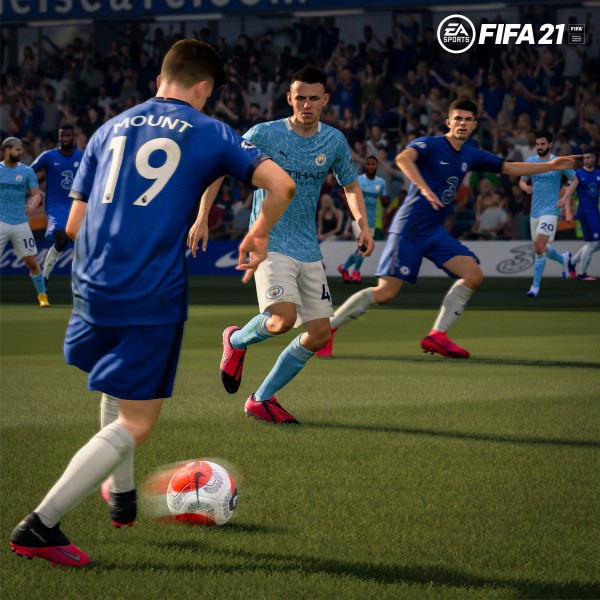 Creative Runs Is A Difference-Maker

Of all of the tweaks and additions, the one that felt the most impactful and promising is creative runs. You now have more control over telling your A.I. players where you want them to go. This is a godsend for getting your players in the best spaces to execute on your game plan. Now right after a pass, you can flick the right stick in any direction and the passing player will start moving there, such as sending them to the wing or requesting they do a diagonal run. This is the first time you have 360-degree control of the run, giving you plenty of options for ways to create chances.

Before, we often felt at the mercy of our A.I., but being able to ensure they go where we need them with ease really lessens this frustration. With directed runs, you can send your player to a better area with more space in the heat of the moment. This allows you to create a lot of different types of plays that weren’t possible before.

Another way to better create the plays you want is the ability to stay locked to a player, so after you make a pass, you aren’t automatically swapped to that player. This is great if you want to stay on the attack and spot an opening, but need to make a pass before you can get there. All you need to do now is press both sticks at the same time to stay locked to a player, and the CPU will take control of the player you just passed to. 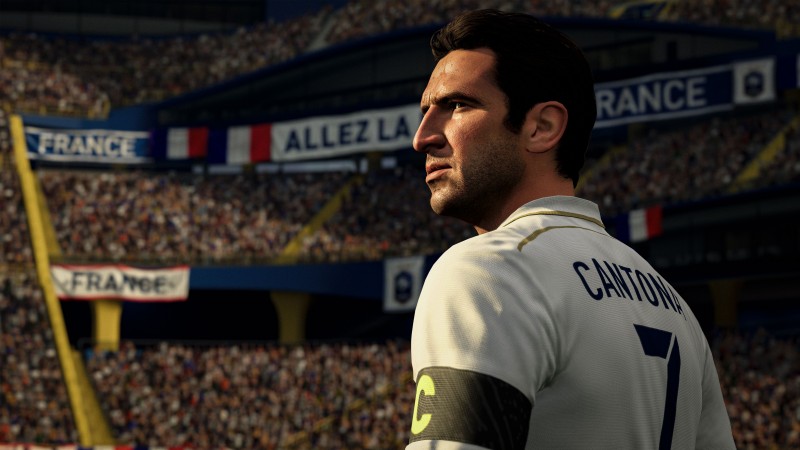 FIFA 21 is giving players more options and control to ensure they can play how they want. During our hands-on we noticed a slew of tweaks, such as more consistent blocking, accurate tackles, and improved player passing, which just made everything on the pitch feel much better. Having the ability to tap into new tactics like agile dribbling and creative runs provided more spectacular ways to create plays, resulting in those special moments where you feel like you’ve earned a play on the highlight reel. None of this rewrites the formula, but they are all positive changes. We can only hope that these tools give players even more unique and creative ways to have success on the pitch. Time will tell, but the improved A.I. alone makes for a better experience.