Wargaming’s World of Tanks is celebrating its 10th anniversary, so we decided to have a quick chat with publishing director Max Chuvalov and pick his brain about Wargaming’s game lineup, challenges, spinoffs, and more.

GI: With the game being out for 10 years, with everything that’s happened from then to now, what’s the biggest draw for a new player to try the game?

MC: When a game is a decade old, the key to success is keeping up with community demands and industry standards. As such, we’re constantly updating World of Tanks with not only fresh content but with new mechanics, graphics and interface features, etc. So a new player usually comes for gameplay that is peculiar for the tank shooter genre, and gets a very modern game that at the same time offers a decade’s worth of content, an interesting progression system, and immense tactical and strategic depth. Also, World of Tanks has a strong community with millions of players across the globe.

When we were launching World of Tanks we were keen on refining the core mechanics, and for the first couple of years there was no tutorial. The first waves of players were ready to overcome that through exploration and asking questions on the forums. Of course, new players can still do that, but they don’t have to now as we have a dedicated tutorial which teaches them the basics and more. They learn the core mechanics while being gently guided through several progression tiers, without being thrown into the lion’s den (I mean without exposing them to more experienced players straight away). 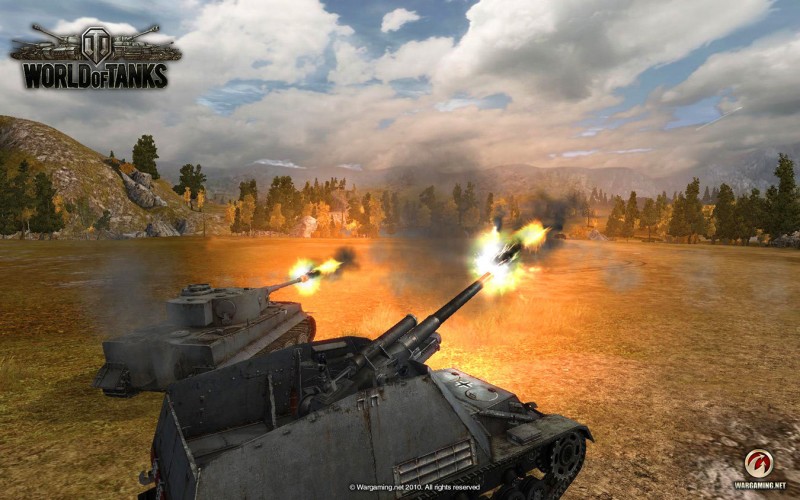 Up to now, the biggest change to World of Tanks has been Update 1.0, which we released in March 2018. It’s probably one of the most large-scale updates in the history of the MMO genre as it brought a new graphics engine called Core with upgraded rendering and effects, and a new soundtrack. Additionally, over 30 in-game locations were remade from scratch.

The challenge of implementing such a massive update to the game is that it wasn’t like releasing a standalone sequel. We drastically changed a game played 24/7 and by millions overnight and made it so no players left unhappy (which can be hard as people are generally very ambivalent about any change). I would say that there are few online persistent world titles that managed to successfully make such an upgrade on the go.

As for the biggest change happening now… there are many. We’re introducing an update every other month, launching lots of time-limited events to diversify the gameplay, giving new vehicle customization options to the audience (sometimes as event rewards). Yet there are a couple of things we’re very much focused on right now, and they are the Equipment and the Crew systems. The former is being actively tested by players currently, and is receiving updates on the fly, while the latter is being reworked by us. Both systems have remained largely the same over the last eight years or so, and as they impact your tank’s performance on the battlefield greatly, they’re our top priorities right now.

This year we’re marking World of Tanks’ 10th anniversary and we’re celebrating it in a big way within the game. A string of thematic events tied to the game’s history started in April and will go on into December. Each event offers various special gameplay options and modes, and such rewards as unique decals featuring memes known to the community, as well as camos and special styles (vehicle skins). Recently, Act III of the celebrations kicked off with Sturmtigers (monstrous German vehicles with 380-mm mortars) duking it out. Act IV will feature a special 7v7 mode (usually it’s 15v15 or 30v30). And of course we also have something very special in store for August (the 12th being the exact date of our birthday). 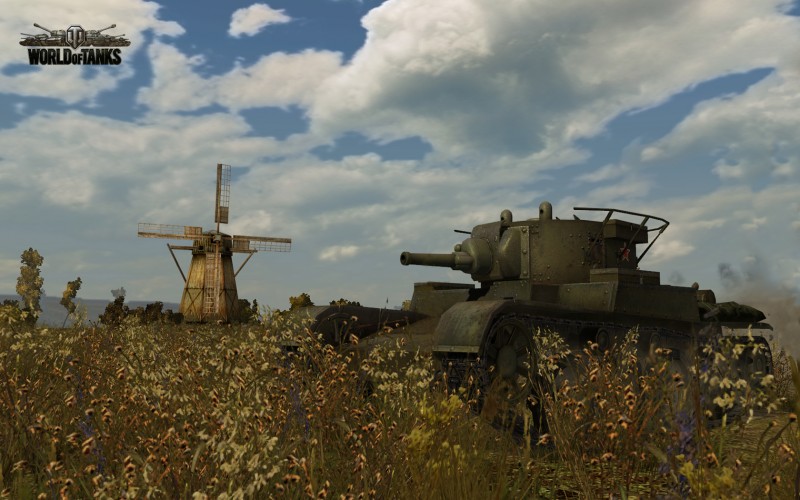 What’s the coolest vehicle in World of Tanks and why?

It’s very hard to choose the coolest one. We have over 600 vehicles currently available in the game, from mass-produced ones to prototypes and ones that only ever existed in blueprints. Considering the level of detail in these 3D models, World of Tanks is the largest virtual tank museum on the planet. We have 11 nations and 5 vehicle types, and even vehicles that belong to the same class often play very different (for example, take the tank destroyers: in a Grille 15 you skulk and snipe, and in a T95 you break through enemy defense). Also, there are different mechanics like autoloaders that let you fire several shots in a rapid succession, making you an archetypal DPS specialist, but these vehicles often have paper thin armor in return. In World of Tanks, every player can find a vehicle that suits them best and most likely that’ll be the one they will call the coolest.

Of course we have all sorts of statistics about which vehicles are most popular. But that doesn’t mean that these are the best. Their popularity may be due to a lot of different reasons, like their nation, accessibility for inexperienced players, being more well-rounded and giving more tactical options, etc. Also, much depends on a player’s skill. Being familiar with the locations and the strengths and weaknesses of tanks, the ability to anticipate enemy behavior and react quickly, knowing tactics for different tanks on different maps—that is the winning combo (together with marksmanship of course). While there’s no definitive coolest tank, there are the coolest players. The best ones could win in a tin can; but if you don’t know the vehicles, the maps, and the tactics, you will have problems winning in any tank. Also, the meta is constantly shifting, and as a result, some tanks become more popular, while others decline in popularity. Hence the periodic buffs and nerfs based on the data we gather. World of Tanks is like a living organism: it is constantly changing, adapting, and evolving in accordance with the decisions of the game team and the wishes of our community. 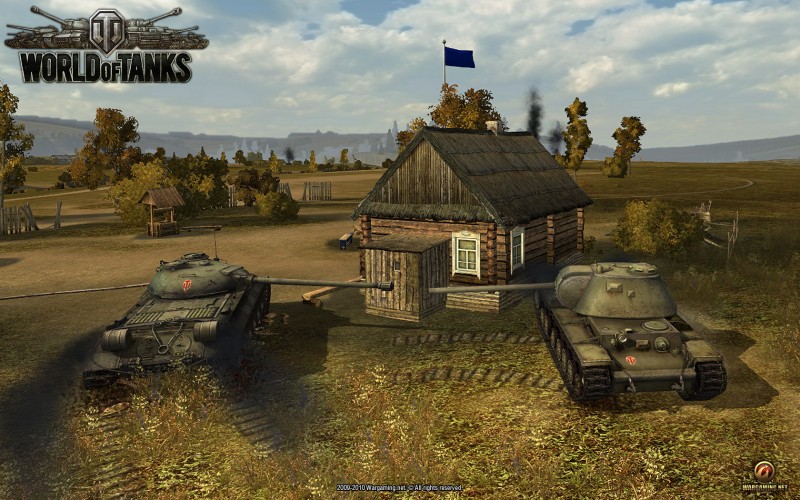 There are so many free-to-play titles out there right now vying for players time. Why World of Tanks?

First, our game was able to stand the test of time and has achieved a certain mark of quality. Players know it has a great reputation, thanks to getting regular updates, being looked after and relentlessly honed all the time by a very passionate team. This is critical when a player decides in which games to invest their time and effort: into an upstart that could wither away in half a year, or a tried and tested title that looks brand new. Also when we speak of free-to-play titles, the quality of our game really stands out, so the decision is pretty obvious.

Second, we offer deep gameplay which is easy to learn but hard to master. It’s quite forgiving at the same time: World of Tanks is not a twitch shooter which has to be practiced daily to improve your reflexes. It’s more about the brain than the spinal cord. If you apply the former on the battlefield and know the game you can achieve great results, all without tedious 8-hour headshot training sessions.
All in all, World of Tanks has a unique, and even iconic, type of gameplay, and people tap into it on the PC, on mobile, and on consoles worldwide. 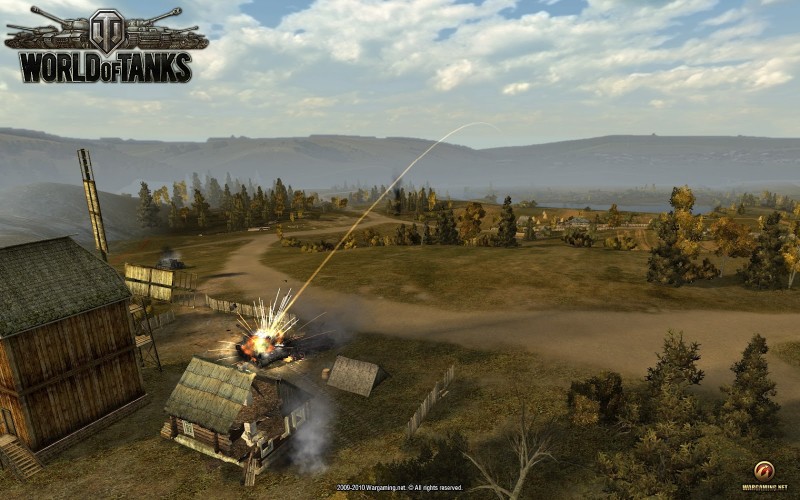 We’ve seen a lot of spinoffs from the core game (Blitz, Rush, etc) – what’s next in that universe?

Yes, we’re present on all major platforms today and there are even card games. There’s a core within our audience, lots of people who are really into armored vehicles and engineering, and who follow anything and everything connected. And they will play Tanks on any platform, anywhere, anytime, just because they like it so much. So we do our best to be available wherever they are, no matter the time by monitoring new platforms as they appear. There’s already a version of World of Tanks VR available in arcades across Russia, Belarus, Japan, and other countries. We’re constantly experimenting and prototyping, and we have several ideas of what’s to come in our universe. Still it’s too early to announce anything as we need to make sure these concepts are worth giving a go. 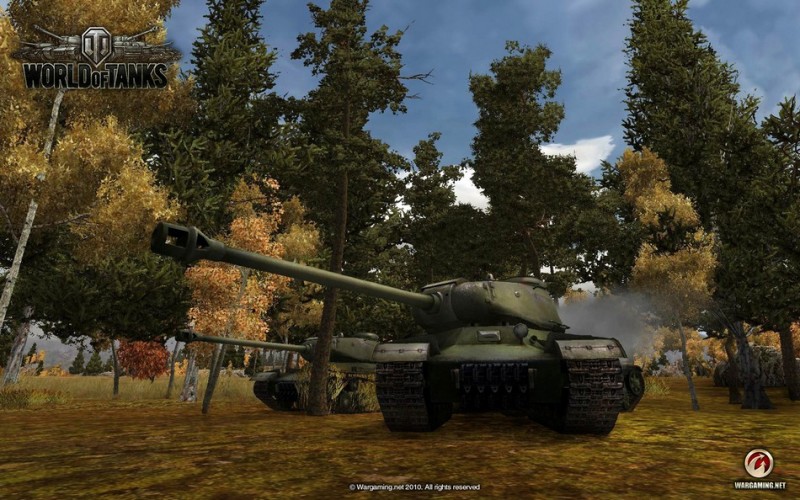 In your time with World of Tanks, what’s been the biggest challenge to tackle?

We have a truly vast audience, and if you look into our interactions with our players, you’ll see that we try to engage a lot with everyone: the common player, the opinion leaders, the in-game clan heads, the World of Tanks celebrities, the esports folks. We produce tons of content for every kind of player: how to plays, historical pieces, things designed to make you laugh. We engage with people everywhere, on every gaming platform, on social media, on forums for history buffs, and during offline events (that was before the pandemic). We’re doing more than our counterparts, inviting players to test new mechanics, modes, and updates for the game.

And here comes the challenge as you need to maintain the balance, catering to people’s needs while avoiding taking populist (in the bad sense) decisions. Every player wants their favorite tank buffed, but by doing so we can make a hundred, or more, angry. So you have to make cool, quality stuff for the community while remembering that most, if not all, players see the game from their own perspective, rather than that of a game designer. It’s very hard to balance the community’s desires with the stuff that data science, experience, and the game design rules tell us. The community in general is very active, discussing every feature of the game, every statement made by the team, and every piece of news. There are players that are very experienced and they come up with excellent ideas so we need to be ever-vigilant, separating constructive criticism from the non-constructive, taking the right decisions and explaining them, and keeping the balance between player wishes and the gameplay needs.