With a new generation comes new games and with new games comes the need for additional storage for some console players. Microsoft has revealed our first look at the 1TB additional storage that players can opt into for the Xbox Series X/S with a price point set at $219.99.

The storage cards are confirmed to match the system's internal SSD speed, which has been a major point of excitement for both consoles coming out in November. There will be other sizes available as well in the future, though we don't have prices, or the exact options, at this time.

The reaction to the new storage price has been mixed. Some feel that the price point is too high, others feel that the 22 cents per gigabyte is not unfair. For perspective, a 32GB memory card for the PlayStation Vita retailed at $119.99 at launch, the Samsung Portable SSD T3 for PlayStation 4 cost $250 at launch and can retail for much higher if purchased today. The Samsung T3 was selected for compare because of its speed matching capability, though there were other harddrives that retailed around $99.99 for 128GB and higher. Xbox also had similarly priced harddrives for their Xbox One systems as well. 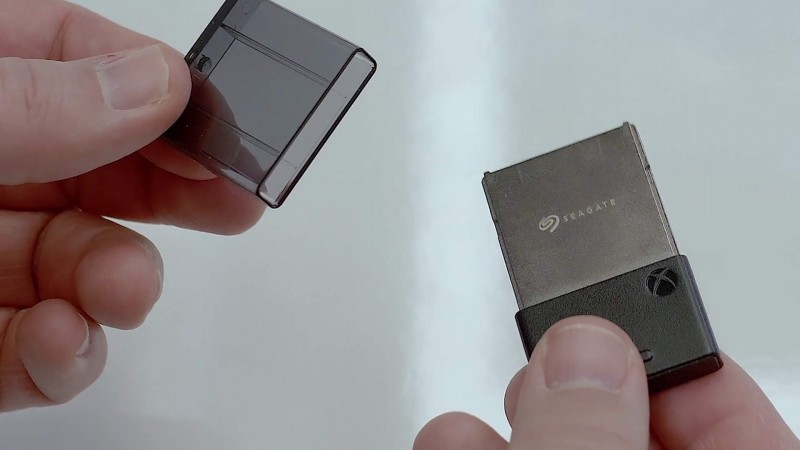 The Xbox Series X will launch with 1TB internal SSD already, though the S series, which is digital-specific, only offers 512GB. The "only" may seem odd at first, until you take into account that many games are 50+ GB per title. Being all digital, that space can add up very quickly.

Are there cheaper alternatives?

Do you need to commit to one of the newly revealed additional storages? Not technically. Xbox Series X owners can opt into using their own USB drive as a means to store games when not playing them, keeping the full library there and downloading when needed. This separation is key because many of these games are optimized for the X/S, not for the standard USB drive. For games not optimized, feel free to plug and play directly from a USB.

We'll be learning more about the different memory options for both next gen Xbox and the PlayStation 5 here in the coming weeks ahead of launch. You can also learn more with some recent FAQs that were just updated right here through the official Xbox blog.